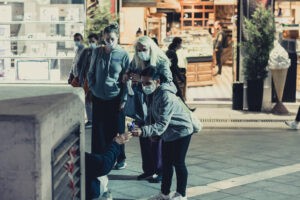 Volunteers at work. Since it was founded, THI Australia has donated more than 2 million Australian dollars – and 500,000 in April alone – to 10 organizations in Greece, including Together for the Child, Children’s Villages SOS, Medecins du Monde and the Emfasis Foundation.

Providing medical equipment for hospitals in Argos, Galatas, Ioannina, Kastoria and Kythira, and access to medical services for more than 3,000 people, helping hundreds of homeless people in Attica and ensuring that many impoverished households get food are but some of the benefits from the work being done by The Hellenic Initiative (THI) Australia.

Since it was founded, THI Australia has donated more than 2 million Australian dollars – and 500,000 in April alone – to 10 organizations in Greece, including Together for the Child, Children’s Villages SOS, Medecins du Monde and the Emfasis Foundation.

“Our vision is a strong and sustainable Greece,” says THI Australia Chief Executive Stergitsa Zamagias-Hill, who was born in Sydney to Greek parents hailing from the island of Kos.

THI Australia was established in 2014 at the invitation of Andrew Liveris, co-founder of the original organization in the United States, and now comprises Greek-Australian lawyers, doctors, academics and bankers from Sydney, Melbourne, Adelaide, Darwin and Perth.

“I am very proud of the incredible response we had when we convened for the first time in Sydney and reached out to the Greek-Australian community to see how we could put our passion for Greece to good use,” says the initiative’s president, Nicholas Pappas, who is also chairman of Bank of Sydney.

Pappas’ father left the island of Kastellorizo in 1943, “as the bombs of the Axis Powers fell,” and his family has since been an active force in the Greek-Australian community. “It is a tradition I am proud to carry on,” he stresses. “Our work is not just about helping Greece and its people in these challenging times, but also about strengthening the ties between us and the rest of the Greek diaspora.”

“Greece always holds a special place in the hearts and minds of Greek Australians and we have seen first-hand their desire to help the country,” says Zamagias-Ηill who, together with her husband, David Hill, is an active proponent for the return of the Parthenon Marbles to Greece.

THI Australia’s members work in their local communities to raise awareness and support for initiatives in the spheres of education, health, labor and economic development, and social services. Fundraising is carried out via annual galas held in different parts of the country, which are often attended by representatives of the organizations that benefit, who share their vision and accomplishments.

Several individuals and companies also make donations, on top of the organization’s key sponsors, such as Con and Rita Berbatis from Perth, who have donated 500,000 Australian dollars in support of Medecins du Monde. THI Australia can ensure that their donations are used to the benefit of their place of origin or their favorite Greek destination, while it has also run a mentorship program since 2015 that has given 26 young Greek university graduates the opportunity to get on-the-job training and experience at Australian firms.

THI Australia chooses which organizations to help on the basis of information provided by its large network of friends and associates and meets annually to decided on its targets and projects, but also to monitor whether the funds it has provided have been used as intended.

Pappas spends at least six months a year in Athens and many of the organization’s members travel to Greece at least once a year, meeting with beneficiaries or participating as volunteers in campaigns here.

“As Greece struggles with the social and economic challenges created by the pandemic, it is encouraging to learn that the government shares our vision for a Greece on the cutting edge of innovation in digitization and renewable energy sources,” says Zamagias-Ηill. “The Hellenic Initiative Australia will focus its efforts on promoting the Greek government’s plan among the Greek diaspora and contributing to the reversal of the brain drain and to economic growth.”

published by: Maria Athanasiou at ekathimerini.com 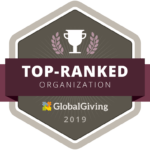 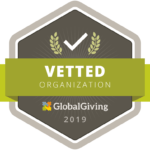 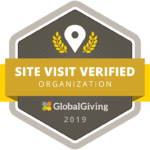 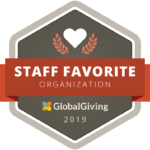 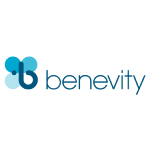